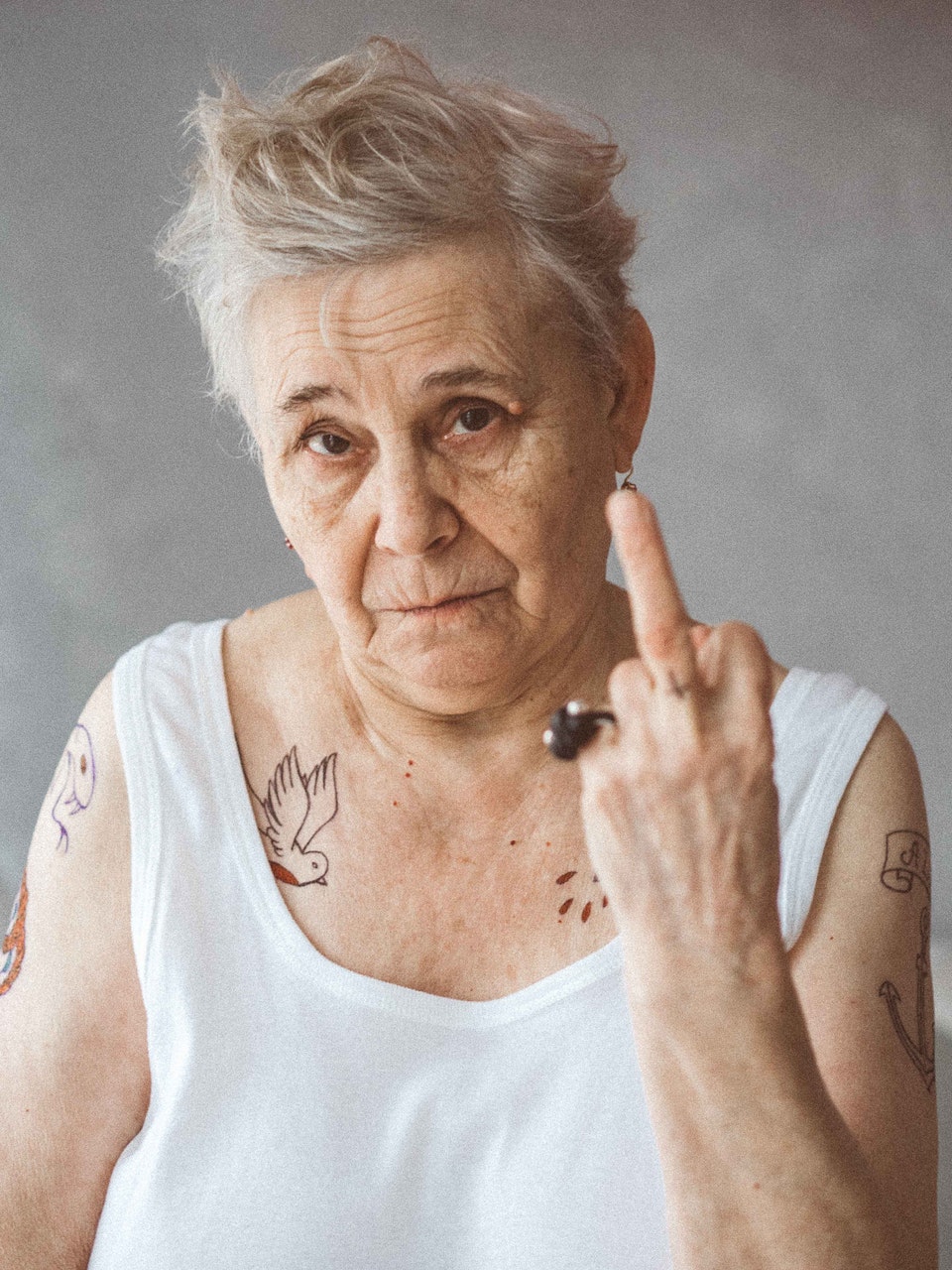 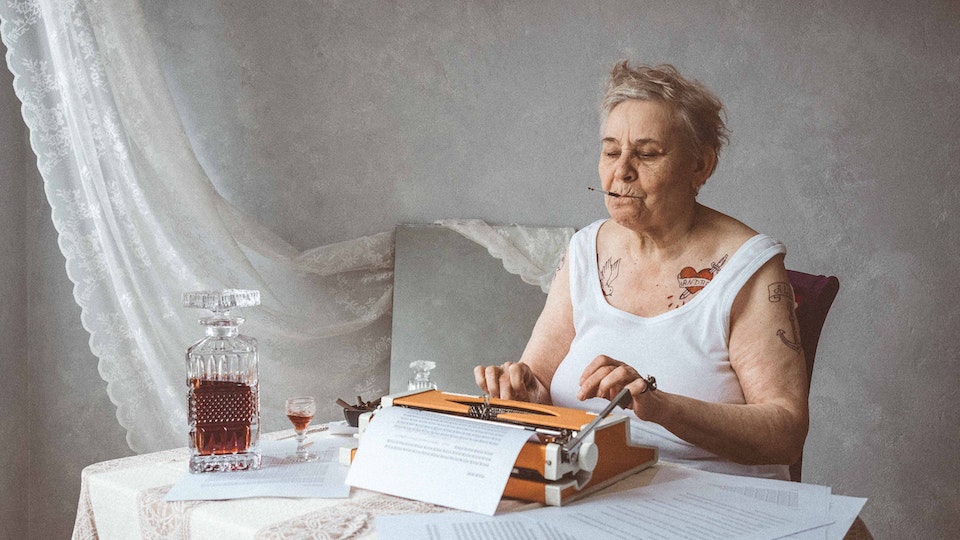 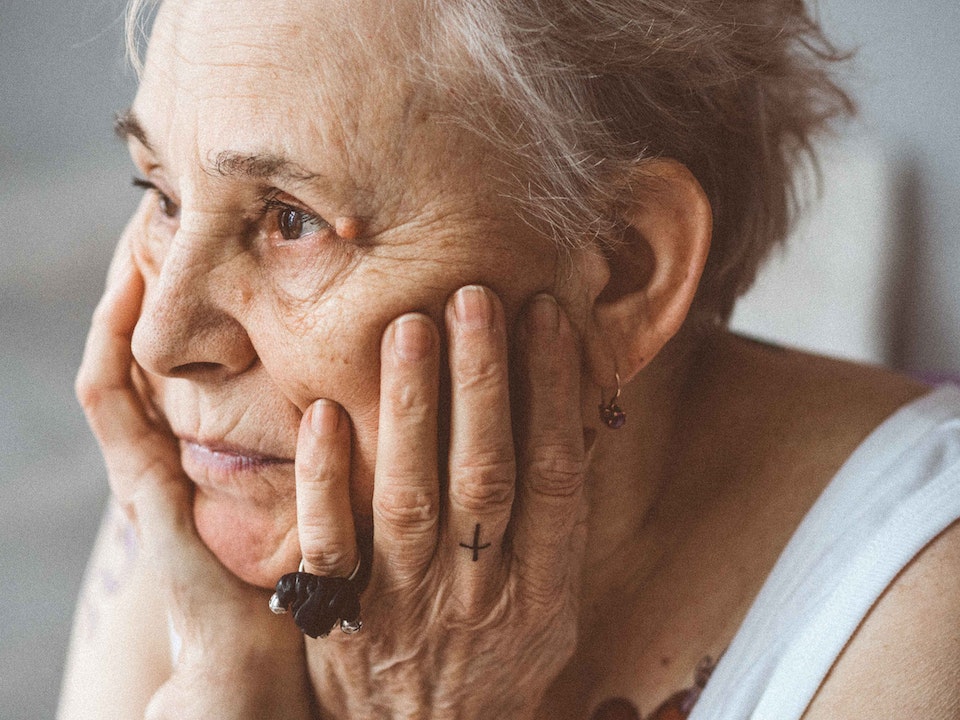 "A portrait series of my grandmother. My grandmother used to be a professional typist for the Soviet party in her youth & she still has some remains of her professional past lying around, such as ancient but working typewriters. For me, this aspect of her persona is closely associated with her identity & I wanted to shoot a portrait that had a humorous take on that."